Eno was a great Zen master of the seventh century. He had lost his parents when he was young and earned his living by gathering firewood. One day when he was in the market-place he heard someone reading the Diamond Sutra. He asked where such books were to be had and was told, From Master Konin on the Yellow Plum-blossom Hill. Accordingly, he went to Konin’s Monastery in Anhui and presented himself before the Master. Where do you come from, asked Master Konin. Eno answered, From the South. Bah, said Master Konin. In the South they do not have Buddha in their souls. Eno replied. North and South? These are human distinctions that Buddha knows nothing about. Eno was immediately accepted by the Master as his brother monk. He later became the sixth and last patriarch of Zen. From Zen and Art, by Arthur Waley. 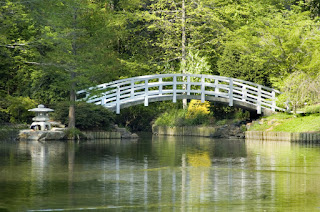 Posted by Your Daily Zen Practice at 3:00 AM